Posted September 9, 2013 by Kali Andress in On the Ladder

Today I want to tackle how people (including I) have a bad habit of judging other people and labeling them as one-dimensional.

If you are a regular Kaliwood reader you know I believe that women can be strong, successful members of society, while expressing their femininity. In fact, I think that’s the edge we have over men. We can wear skirts, dresses, pants, and shorts while men only get two options. We can decorate with any color we please, while men are limited to ones that aren’t in the pink/purple family. I’m not saying that I agree with this social expectation. I’m simply saying that this is how it is currently so why not take advantage of it?

Let me be more specific. I love most things “girly” as you know. Not too big on ruffles, but heels, bags, clothes, makeup, yes, I enjoy it. But there is so much more to me than that. And there is so much more to EVERY woman than that. I also love beer. It’s my drink of choice when out with friends.No, I don’t want a strawberry-latte-mocha-rita, I want a blue moon. Draft, not bottle.

I love the Bengals and the UK Wildcats. I love playing kickball and launching a ball at a guy running home and getting him out. I love driving my car fast when I’m alone. I watch The Walking Dead and love the Bad Boys movies. I suck at cooking and always forget to turn off lights in the house.

My point is I hate personality tests.

Because they do what most of us do. Put someone into a little box labeled, “Miss Priss” and leave us there. Leave us there to wither and die under the scorching light of judgement. 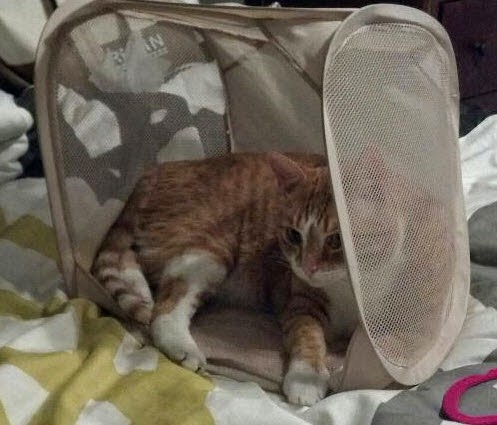 I realize I feed into this stereotype every time I complain about going camping with my “outdoorsy” boyfriend or joke about staying in crappy hotel. But, people, realize when people are JOKING. We all joke with our friends or coworkers about their quirks, but we shouldn’t forget there is always more to that person.

I had a conversation with a previous boss that comes to mind as I discuss this issue. I recently asked for a raise and got it. When my boss called me in to let me know when I would receive the official raise, she  also wanted to give me some advice. I accepted willingly, never one to turn down insight from successful women whom I admired. She said she had been giggling to herself since our conversation when I asked for the raise. Confused, I asked why. She said in the future when asking for a raise I should focus on what I had accomplished and how well I was doing, and use that to make my case for why I deserved a raise. She said I shouldn’t mention that my salary doesn’t support my lifestyle because a boss doesn’t care if her employee drives a Lexus or a Ford Fiesta.

I graciously thanked her for the advice and left. I was hurt. I never once mentioned that I didn’t make enough money to support my “lifestyle”. I’m sure I mentioned something about how I felt I wasn’t making enough money, but never related it to how I live my life. I felt judged. Whatever I had actually said when I asked her for a raise was not what she HEARD. What she heard was that I wanted more money to buy nice things. Probably because she knows I like nice things. I wasn’t going to argue with her, but it really opened my eyes to how she viewed me.

This was a woman who had seen first-hand my hard work and professionalism that had earned me this achievement. Yet, I instantly felt very small; shrinking back into that judgement box boldly labeled, “MISS PRISS.”
Many of these social issues are far too complex to fix. There is no one magic solution that will make it all better. But, I think awareness is a huge step in the right direction. So, I’ve tried to make myself not only aware of how I’m portraying myself, but also aware of how I perceive others. I’m being careful not to put people in one-dimensional boxes and realize there is always more to someone than you may see initially.
So, if you will, join me in dispelling these labels, and let’s just appreciate everyone for being multi-dimensional.

Kali has had a passion for all things professional from the day she put on her first blazer. While attending the University of Kentucky, Kali was a member of the business fraternity, Alpha Kappa Psi, and a Gatton Global Scholar, both of which successfully prepped her for the business world and provided her with career lessons outside of the classroom. For the past three years since graduation, Kali has planned events of all sizes, in locations across the country, for a sports association. Recently earning her CMP (Certified Meeting Professional), Kali has discovered her passion for the hospitality/events industry. With an interest in women’s rights and a belief that all women have the right to be strong AND beautiful, Kali started a blog, Kaliwood, to post about women’s issues, career tips, style, and life’s daily adventures. Kali hopes to empower women in the work force to be strong, confident and successful… and to do so while wearing fabulous shoes.
More articles by Kali Andress »
Courageous Communication: The Trick to Managing Up
Earbuds and the Office
Dealing with Difficult People
3 Tips To Be Direct
Tips for Maximizing Your Workspace
Competition in the Workplace
Swagger Magazine